"It’s not just huge for physio, but for all of health sciences"

It’s been a half-century coming, but the School of Physical Therapy has moved into the Health Sciences Building. For PT faculty and students this provides a long-awaited sense of homecoming.

“With nursing on the floor above, pharmacy a floor below, and dentistry on the same floor as us, (we) get to see a lot of medical students,” explained Matthias Muller, a second-year PT student. “So now we’re intermingled with everyone else, and being able to communicate might help out with the inter-professionalism communication with other colleges and students a little bit more – I’d say that’s probably the biggest bonus.

“We moved from the garage into the house.”

It’s not a new sentiment. In fact, Muller continued by explaining that being located in St. Andrew’s College had meant that the only excuse the students generally had to visit the main building had been a coffee-run to Tim Hortons’.

In the early 1970s the School of Physical Therapy was moved from its first home, a hangar at the airport, into St. Andrew’s on campus – a move that was originally intended to be temporary before the school joined the rest of the College of Medicine in the main building.

“St. Andrews, in its’ own quirky way, was a nice place,” said Dr. Stephan Milosavljevic, the Director of the School of Physical Therapy. “(But) we had issues sometimes regarding the amount of equipment with space limited to a degree.”

The smaller classrooms, coupled with the hands-on needs of the students, sometimes meant classes were split in two - which increased the faculty workload and put constraints on their time outside of the classroom.

“One of the great things about well-run academic institutions is that you need chunks of free-time for faculty (to have) informal meetings with students,” Milosavljevic continued. “(Time) for the students to go get a coffee, have an informal tutorial, or go meet the professors one-on-one – there’s a lot to be said for that informality of time that’s now available, and it does create good individual learning time.”

“I didn’t have a reference point when I first got into physiotherapy; everyone was in St. Andrews,” said Muller, who is part of the last class to have called St. Andrew’s home. “The building itself was interesting – it’s got some culture and some history. But it wasn’t the most ideal for (summer) temperatures.”

Muller laughingly recounts how they were sometimes forced to turn off the air conditioning during lectures because the noise from the units would often drown out the speaker.

“It was a bit more uncomfortable in the summer when it was really hot, it’d be hard to concentrate well” he continued before laughing. “But it could have also been because we’re students!” 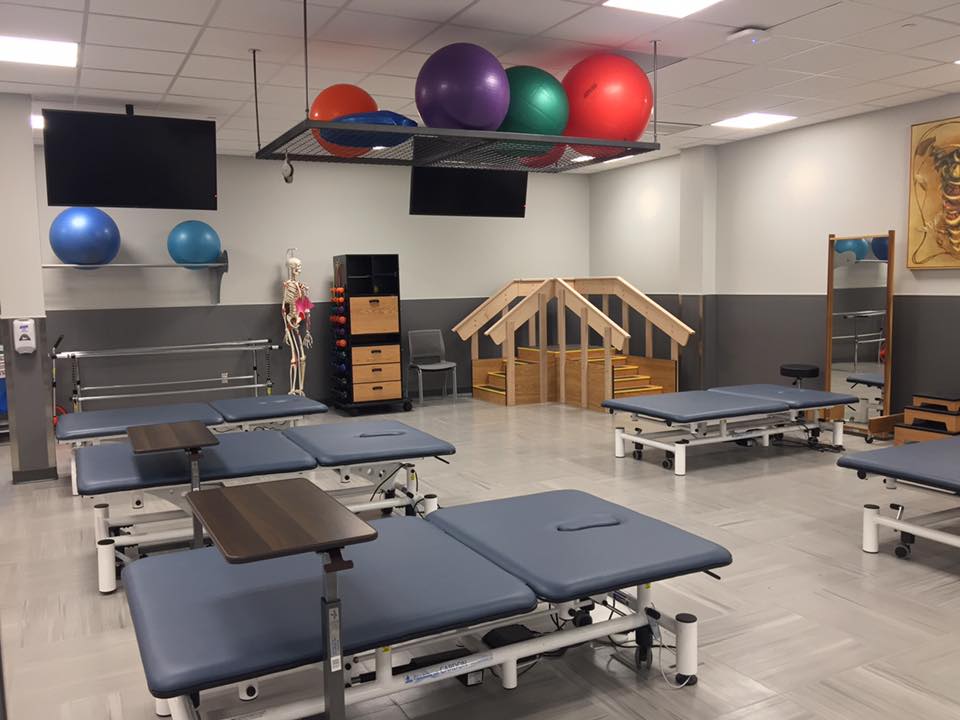 The new space doesn’t just offer better climate control. While the overall space, while slightly smaller than what they were used to in St. Andrew’s, makes up for in the overall design accessibility and an improvement in the technology available to the school.

“The technology in the (new) labs is tremendous,” explained Milosavljevic. “With the multiple screens in those labs, instead of having 40 students crowding around one instructor who is trying to demonstrate something, you can demonstrate it on camera (and) broadcast it onto the screens to allow all the students to see what they have to do.”

“The potential is huge,” continued Dr. Liz Harrison, Associate Dean, Physical Therapy and Rehabilitation Sciences. “Whether it’s the higher-end livestreaming or using the remote access with iPhone or iPad, we’re pretty interactive people. We have a lot of integrated classes where you do lecturing and then practice or do problem solving - we’ve always had quite an integrated and interactive curriculum - and this is so much easier as each of the rooms have pretty well the same capabilities.”

The fact that the official move happened in June meant that a lot of the faculty and staff had time to adjust to the new rooms and technology available to them before the students returned in August. And the improved interprofessionalism that Muller is looking forward to among the students extends even further for faculty.

“It opens up potential for educational scholarship and research,” said Harrison. “One of our labs is an exercise lab and it’s quite an open concept, (and) it allows our students, graduate students, and faculty to have a space to do some of our clinical research (and) smaller pilots.

“It’s not just huge for physio, but for all of health sciences - you can see people sitting in groups talking about their research. Now the physical collaboration is so much easier.”