Spirit of the College Award

The annual award is presented to an individual associated with the college who has contributed over and above the call of duty and shows the spirit, dedication and enthusiasm that Dr. Horlick has exemplified over his career. The first presentation of this award was made to Dr. H.J. Spooner at the College of Medicine 50th anniversary celebrations.

Congratulations Dr. Trustin Domes on being named the 2022 Spirit of the College Award recipient! 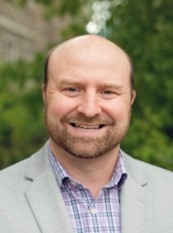 Dr. Domes is an Adjunct Professor of Surgery, Director of Undergraduate Surgical Education, and Director of Admissions at the USask College of Medicine.  He sits on numerous College of Medicine and Royal College committees.  His academic and research interests include developing and evaluating strategies to improve the delivery of medical education, including competency assessments, surgical simulation, and team-based learning.

Here is what his nominator and supporters had to say about him:

All College of Medicine faculty, alumni, residents, students and staff are eligible for nomination. Nominations for the 2023 Spirit of the College Award will open in early 2023.

Past Spirit of the College Award recipients

After medical studies at McGill University, Dr. Horlick joined the faculty of the College of Medicine at the University of Saskatchewan in 1954. A cardiologist, Dr. Horlick pursued extensive teaching and research mainly in the area of hardening of the arteries. In 1962 he became Professor of Medicine, and from 1964 to 1971, he was head of the Department of Medicine. After retirement in 1989, Dr. Horlick was appointed professor emeritus and continued an active program of research and publications. He was also involved in preventive medicine and lifestyles programs for seniors.

An internationally known authority on cardiology and cholesterol, Dr. Horlick made a significant contribution to the understanding and prevention of heart disease. In addition to his professional career, he volunteered extensively with the Saskatchewan Heart and Stroke Foundation, serving as a member of the board, on various committees and as president. Dr. Horlick was the leader in establishing a cardiac rehabilitation program for patients of all three Saskatoon hospitals. He is known in Saskatoon as the “father of 9-1-1” for his role in the introduction of the emergency telephone number.

In 1988 Dr. Horlick received a National Volunteer Award, and in 1991 was the recipient of the prestigious James Graham Award of the Royal College of Physicians and Surgeons of Canada. Dr. Horlick was named an Officer of the Order of Canada in 1994.

Spirit of the Class Award

The Spirit of the Class Award is presented annually to a member of the College of Medicine graduating class that has clearly epitomized their class spirit over the entire four-year program.

The College of Medicine Alumni Association is thrilled to present the Spirit of the Class Award in 2022 to Dr. David Luu (MD’22). 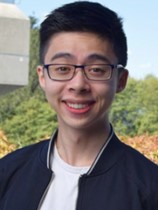 Throughout his journey as a student in the College of Medicine, Dr. Luu exemplified the true spirit of what it means to be a dedicated student, supportive classmate, and compassionate physician.  He is highly respected by his peers and has shown incredible fortitude in the face of adversity, particularly during an unforeseen and disruptive pandemic. Despite these challenges, Dr. Luu has been a source of inspiration and positivity for his classmates.

Here are what Dr. Luu’s classmates had to say about him:

Congratulations, Dr. Luu! The College of Medicine Alumni Association is proud of you!

Past Spirit of the Class Award recipients

The Alumni Achievement Awards are presented annually to USask graduates who advance the reputation of the University of Saskatchewan and the Alumni Association. Award recipients are chosen for their outstanding achievements and innovation; commitment to excellence; community engagement and leadership; and contributions to the social, cultural and economic well-being of society. 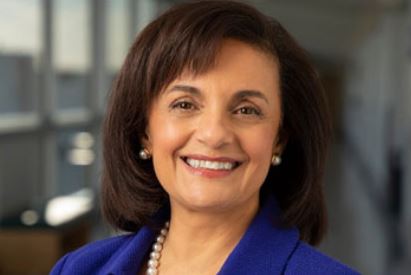 Called a “triple threat” by her peers for her excellence in clinical practice, research and education, Dr. Sherine Gabriel is a leading physician in the United States, a Fellow of the National Academy of Medicine and an elected member of the Association of American Physicians and Surgeons.

Emigrating from Egypt to Canada as a child, Dr. Gabriel challenged cultural and gender roles in the College of Medicine at USask and stood out as a leader among her peers. She started her career at Mayo Clinic as a resident physician and continued there as a physician, researcher, educator and leader for nearly 30 years, culminating in her appointment as dean of Mayo Clinic College of Medicine in 2012.

Dr. Gabriel’s research has resulted in more than 250 publications addressing rheumatic diseases. In 2019, she became the President of Rush University in Chicago, where she is preparing the next generation of healthcare professionals to thrive in a changing environment. 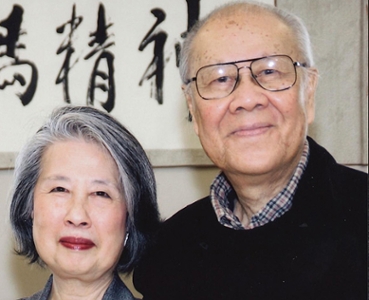 Drs. Suzanne Yip and Ivan Jen are an exceptional couple who have made outstanding contributions to the medical profession, the artistic community and more broadly as generous philanthropists.

As newcomers to Canada from Hong Kong, Ivan and Suzanne overcame significant obstacles to attend the University of Saskatchewan. They met while attending medical school and were the first two Chinese-born immigrants to graduate from the College of Medicine in their respective specialties of dermatology and radiology.

Today, their philanthropic endeavors reach many supporters of the hospital foundations, University of Saskatchewan, Remai Modern, Saskatoon Community Foundation, Heart and Stroke Foundation of Saskatchewan, Meewasin Valley Authority, and others.

Presented for his commitment to advancing the medical profession and his dedication to public service.

Dr. John Conly is internationally recognized as one of the world’s leading infectious diseases specialists and a pre-eminent expert on antimicrobial resistance, serving on advisory groups within the World Health Organization in this capacity. John was the recipient of the Distinguished Service Medal from the Alberta Medical Association, which is awarded for outstanding personal contributions to the medical profession.

Presented for her outstanding contributions to education and research.

Dr. Sherril Gelmon’s career has been devoted to developing management, policy and organizational research in health care. She received the 2017 Filerman Prize for Educational Leadership from the Association of University Programs in Health Administration for her contributions to health administration, education and leadership. She is currently a professor at the Oregon Health and Science University and Portland State University School of Public Health.

Presented for his commitment to athletics, sports, wellness, education and research.

Dr. David Mulder became surgeon-in-chief at the Montreal General Hospital in 1977. Among the positions he holds are medical director of the McGill Sports Medicine Centre and consulting staff for the Montreal Canadiens and Montreal Alouettes. David helped develop a trauma care system in Quebec based on regionalization of care. In 1997, he was recognized as a member of the Order of Canada.

Honorary degrees are the highest honour USask can award, acknowledging the worthy and unique contributions recipients have made to their community and to the world. The university recognizes individuals who have achieved outstanding accomplishments in research, scholarly and artistic works; performed exceptional public service; contributed greatly through their professional or philanthropic activity; and demonstrated extraordinary athletic prowess. 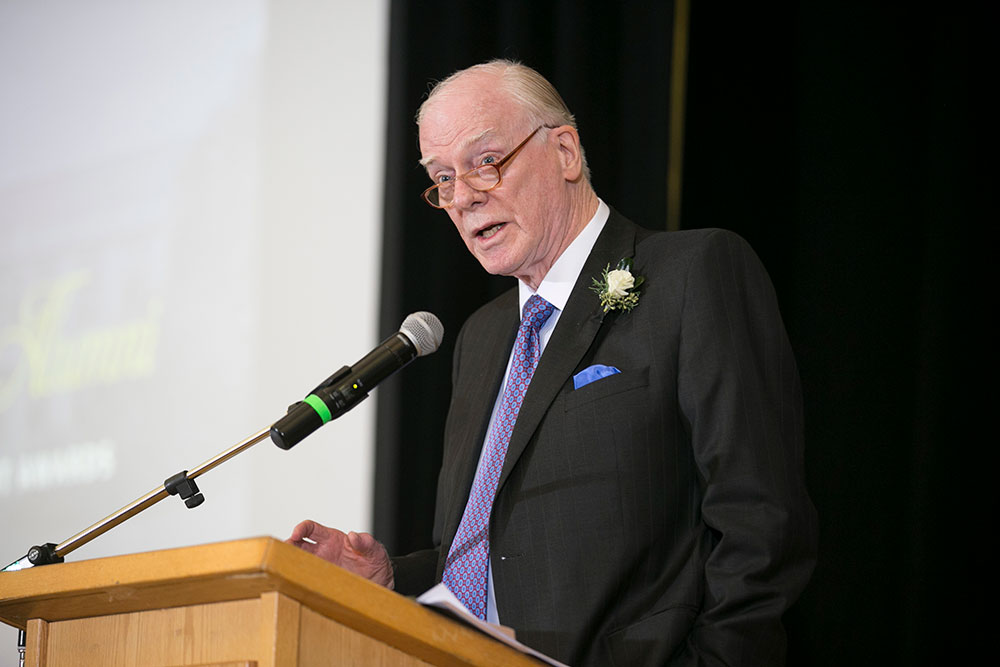 One of the most highly respected surgeons of his generation, Dr. David Mulder is renowned across the country.

A pioneer in trauma surgery in Quebec, Mulder has served as the team physician for the National Hockey League’s Montreal Canadiens for more than 50 years, was the chief surgeon at Montreal General Hospital from 1977 to 1998, and has worked with the McGill University Sports Medicine Centre since 1994.

Born in Eston, Sask., Mulder graduated with a medical degree from the University of Saskatchewan in 1962 and a year later began his training in general surgery at Montreal General Hospital. After spending two years specializing in chest surgery at the University of Iowa, Mulder returned to Quebec where he has practiced medicine ever since. In addition to being the surgeon-in-chief of the Montreal General Hospital, Mulder was the chair of the McGill Department of Surgery, and the director of the Division of Cardiovascular and Thoracic Surgery at McGill.

An outstanding scholar, researcher and health-care leader, Mulder has been the recipient of major awards and tributes, including being made a Member of the Order of Canada in 1997, earning the James H. Graham Award of Merit from the Royal College of Physicians and Surgeons of Canada, and being selected for the USA National Safety Council Award.

Mulder has received a number or prominent professional appointments during his career, including having McGill University name a research chair in surgery in his honour. McGill also paid tribute to Mulder in October of 2015 by renaming the university’s trauma centre at Montreal General Hospital as the Dr. David S. Mulder Trauma Centre.

Mulder is credited with being the driving force in developing a province-wide trauma treatment system in Quebec in the 1980s, an advancement that helped to reduce the trauma-related mortality rate in the province by 50 per cent. He has also served as only the second Canadian to be president of the American Association for the Surgery of Trauma. Mulder was also a founding member of the Pan American Trauma Society and president of the International Trauma Group.

In 2015, the Canadiens celebrated his 50 years serving as the NHL team’s physician by honouring him during a ceremonial puck drop at the opening faceoff during a nationally televised game between Montreal and Toronto at the Bell Centre. Among his many achievements, Mulder was instrumental in advancing early awareness in diagnosis, treatment and prevention of head injuries, and served as president of the NHL Team Physicians Society from 2003 to 2006.